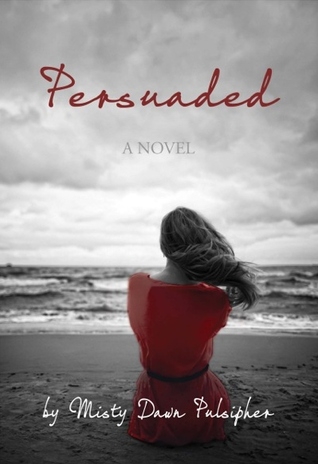 Book Summary (Per Author's Goodreads page)
What's worse than never getting over your first love?
How about watching him fall for someone else...
Hanna Elliot had worn the ring faithfully at first. Some part of her still clung to the hope that all was not lost. As the days turned into weeks, she finally took it off and set it atop her dresser. When weeks gave way to months, the ring finally went back into its box, where it gathered dust until it was moved to Hanna’s unmentionables drawer. For the first few years, she had taken it out on the anniversary of the day she’d received it, allowing herself to wallow in what might have been.
She had been all but stamped out of Derick Wentworth’s mind.  Sure, he thought about her occasionally, especially on cloudless nights when he lay on the bow of the Laconia looking up at the stars. But as time went on, Derick began to feel grateful that it hadn’t worked out, for one thing was certain: if he ever did settle down, it would be with someone who knew her own mind. Someone who went after the thing she wanted without hesitation. Someone who would never allow herself to be persuaded otherwise.
Persuaded, a modern adaptation of Jane Austen's Persuasion.

My Thoughts:
So I have never read Jane Austen's Persuasion, but when I read this description I was sold and knew that I had to read Misty's book!

At first I was frustrated by the quotations at the beginning of each book from Jane Austen, but after reading the entire book I reflected back to those quotations and actually enjoyed the type of intro they gave to the chapter.  Hanna was extremely likable.  I enjoyed her character the most when she had more of a backbone, but I loved how she handled situations, found joy in what she did have, etc.  I also was excited to see how expertly the author wrote the story to not give away why the engagement events happened as they did right away.  As I was reading I was like did someone lie, did someone get cold feet, did someone interfere, what happened!!

Until the very end of the book I was not sure how I felt about Derick.  Some sections I wanted to cheer and say Yes he is a fantastic hero for our lady...but other times I was like he is a schmuck.  The entire aspect of hooking up with Hanna's sister in law, knowing that Hanna would be at all these events AND not telling the sister in law either is just wrong.  Now I loved how protective he felt towards Hanna in different scenes and stood up for her.  I also melted over how he wrote the captions and emotions into his proposal near the end.  When he was waiting for her and then at the very end of the book I did realize that I was a fan of Derick and how he evolved in the story, but like I said at times I just was not sure.

At the end of this book I knew I was a fan of the book and as I have reflected on it the last few days that has not changed, nor has my emotions on any of the other characters (aka Hanna's sister needed a kick in the butt... I mean seriously what a stick in the mud).  I do not know if I will read Jane Austen's Persuasion after this to see how they compare, but I do know I will read more books from Misty!

Links where you can Purchase
Amazon

Disclaimer:  I received this book in exchange for an honest review.  All thoughts and opinions are my own.
books review