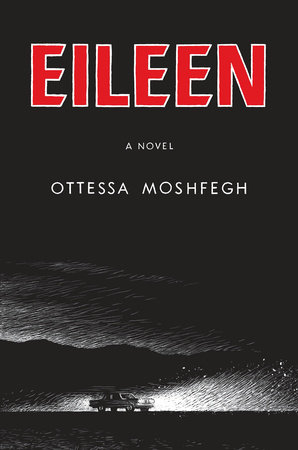 Book Summary (Per First to Read)
A lonely young woman working in a boys’ prison outside Boston in the early 60s is pulled into a very strange crime, in a mordant, harrowing story of obsession and suspense, by one of the brightest new voices in fictionSo here we are. My name was Eileen Dunlop. Now you know me. I was twenty-four years old then, and had a job that paid fifty-seven dollars a week as a kind of secretary at a private juvenile correctional facility for teenage boys. I think of it now as what it really was for all intents and purposes—a prison for boys. I will call it Moorehead. Delvin Moorehead was a terrible landlord I had years later, and so to use his name for such a place feels appropriate. In a week, I would run away from home and never go back.

This is the story of how I disappeared.The Christmas season offers little cheer for Eileen Dunlop, an unassuming yet disturbed young woman trapped between her role as her alcoholic father’s caretaker in a home whose squalor is the talk of the neighborhood and a day job as a secretary at the boys’ prison, filled with its own quotidian horrors. Consumed by resentment and self-loathing, Eileen tempers her dreary days with perverse fantasies and dreams of escaping to the big city. In the meantime, she fills her nights and weekends with shoplifting, stalking a buff prison guard named Randy, and cleaning up her increasingly deranged father’s messes. When the bright, beautiful, and cheery Rebecca Saint John arrives on the scene as the new counselor at Moorehead, Eileen is enchanted and proves unable to resist what appears at first to be a miraculously budding friendship. In a Hitchcockian twist, her affection for Rebecca ultimately pulls her into complicity in a crime that surpasses her wildest imaginings.Played out against the snowy landscape of coastal New England in the days leading up to Christmas, young Eileen’s story is told from the gimlet-eyed perspective of the now much older narrator. Creepy, mesmerizing, and sublimely funny, in the tradition of Shirley Jackson and early Vladimir Nabokov, this powerful debut novel enthralls and shocks, and introduces one of the most original new voices in contemporary literature.

My Thoughts
While well written, the plot, or maybe lack of one, made this story very hard to finish.  I pushed through to the end and I am glad because for much of the book I was not sure of the purpose or what was taking place, but the ending was great.  The author does have a way with words because I could envision the attire, people, locations and emotions.  My problem was that I did not understand or even feel where the book was going.  I kept reading background to the day or the week or the event that she left or how her morals changed so much, but no real clue of why was she reflecting, what was taking place to cause this oversharing of so much information, etc.  This left me with a very slow read and I kept checking to see how close to the end I was:(

Now if you make it to the ending, that is interesting.  Here we have action beyond just talking about how dull, drab, plain, etc. her life was.  Here we see the beginning of maybe a crime filled life, maybe why her morals changed? I am not sure because we don't learn more beyond the event except for snippets about how she changed her attire and attitude towards sleeping with men, but the premise of what she went on to do after the event left the ending with a good suspense and question.  For the writing and the ending I would say this could be a book that others would enjoy, but for the pace of the majority of the book and my lack of understanding what this book was about until the end leaves me not enjoying this book as much as I hoped.

If you pick this up or have already read it please let me know what you thought!