Your Next Breath by Iris Johansen, Book Review 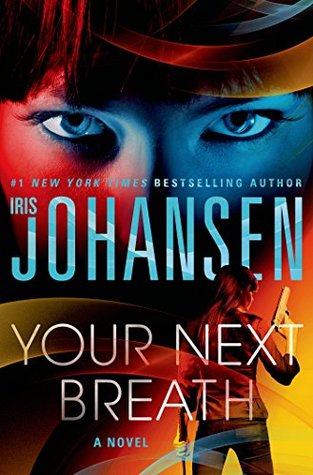 Book Summary (Per Goodreads)
From the #1 New York Times bestselling author comes an explosive new thrillerCatherine Ling is one of the CIA’s most prized operatives. Raised on the streets of Hong Kong, she was pulled into the agency at the age of fourteen. If life has taught her anything, it is not to get attached, but there are two exceptions to that rule: her son Luke and her mentor Hu Chang. Luke was kidnapped at age two, and now, nine years later, he has astonishingly been returned to her. Catherine vows never to fail him again. Now, just as she is building a relationship with Luke, it seems that someone from Catherine’s past is playing a deadly game with her, and using those she cares about as pawns. Three are dead already: the former prostitute who helped Catherine when she was out on the street, a CIA agent with whom she worked closely, and the informant who helped her free Luke. Someone is picking off the people Catherine cares about one by one, with the circle narrowing closer and closer to those she loves the most. Catherine has made many enemies throughout her life, and she has no choice but to weed through her past to find out who is targeting her now, and then go after the vicious killer herself.

My Thoughts
While I love the uniqueness and newness of stand alone stories, there is something so comforting and fantastic about coming back to the characters that I know and love.  Catherine was introduced in an Eve Duncan novel and her character has developed more and more with each introduction and now her own story line.  Each time I read more of her story, actions, thoughts and emotions I grow to like her more and more.

To me this is a classic IJ book.  Action, a bit of romance, potential devastating trauma, deep relationships and more are showcased and really support the individual adventure that this story takes us from cover to cover.  Now I am not sure what it says about me, but my favorite characters of this book were not the main ones (thought I do love Catherine and Eve).  No my favorite were Jane, Hu Chang, Richard Cameron and Caleb.  The story line surrounding Jane and Caleb held my attention more than the story surrounding the action around the villain this time around.   When the events surrounding Jane started to unfold I was shocked and beyond devastated because I still am upset about Trevor from a previous book!  I also am intrigued, as in still thinking about it a week later, by having Bonnie appear again right at the end of the book.  Was that setting up the next Eve book?  Was it just to let fans of the Eve stories get a quick glimpse of one of the favorite characters?  I don't know but it has sparked my interest!

If you are new to Iris Johansen this is an excellent book to try out her writing style, but you will need to read the other Catherine Ling stories to truly appreciate the conversations, actions and emotion between all of these beloved and fascinating characters!

Disclaimer~ I borrowed this book from the library.  All thoughts and opinions are my own.

Until my next post..love y'all!!