Into the Fire by Meredith Wild...pre-order now LIVE! 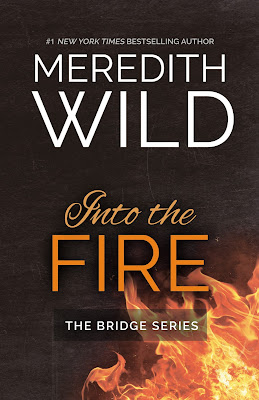 Release Date: June 21, 2016
Darren Bridge is living a bachelor’s dream. When he’s not running into burning buildings with his crew, he’s training the flavor of the week at his brother’s gym. Few women have ever been off limits...until Vanessa. Smart, beautiful, and legs for days, she’s unlike anyone he’s ever met. Too bad he’s sworn to leave her alone.
Overworked with no end in sight, Vanessa Hawkins hasn’t had a vacation in nearly two years. When Cameron and Maya’s destination wedding takes her out of the office for a much-needed break, she finds herself struggling to resist her attraction to the best man. Darren is dangerously good-looking with enough charm to make any hot-blooded woman want to drop her panties and enjoy the ride, no matter how long it lasts.
When they return to the city, Darren realizes the single life has lost its glimmer. But with everything else on her plate, Vanessa doesn’t have room in her life for a man, let alone a player. Can Darren find his way into her heart and convince her that he’s worth the risk? 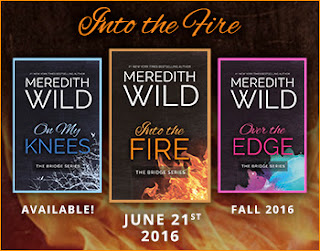 Other books in The Bridge Series 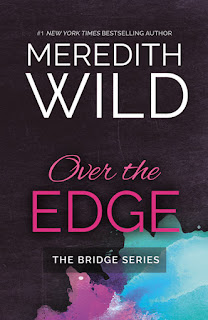 Over the Edge (Bridge #3)
Release Date: October 25, 2016PRE-ORDER YOUR EBOOK EXCLUSIVELY ON iBOOKS!
http://www.meredithwild.com/book/over-the-edge/
Olivia Bridge has always been a good girl—good grades, good friends, a good job that her wealthy parents handed her. The only thing missing is a husband to complete her role of the perfect daughter.
Then she walked away from it all.
Desperate to carve out a new life that is truly hers, Liv takes on the challenge of helping her brothers open a new fitness center in New York City. When she comes between two men who couldn’t be more different or more determined to turn all her goodness inside out, she has to decide how far she’s really willing to step outside of her family’s expectations. 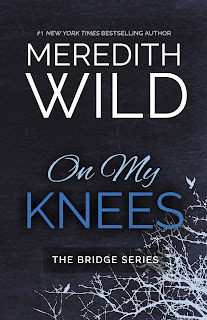 On My Knees (Bridge Series #1)
Available Now:
http://www.meredithwild.com/book/on-my-knees/
Haunted by the responsibility of caring for her troubled family, Maya Jacobs gave the only answer she could when Cameron asked her to marry him. Years later, entrenched in a soulless professional routine, she distracts herself from the lingering regret of her decision with a “work hard, play hard” lifestyle that guarantees no man will ever find his way into her heart again.
Cameron Bridge has spent the past five years married to the military, trying to escape the painful memory of losing Maya. After fighting his own war in the desert, he starts a new life in New York City, with his siblings, Olivia and Darren, by his side. When fate brings Maya back to him in the heart of a city filled with its own hopes and shadows, can Cameron find the girl he once loved in the woman she’s become?