The Gap of Time by Jeanette Winterson, Book Review 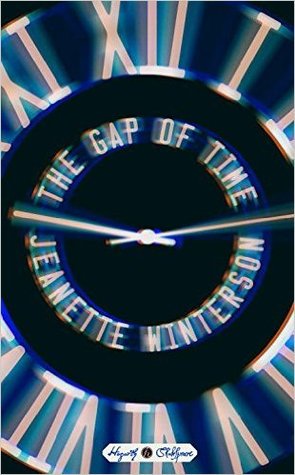 Book Summary (Per Goodreads)
The Winter’s Tale is one of Shakespeare’s “late plays.” It tells the story of a king whose jealousy results in the banishment of his baby daughter and the death of his beautiful wife. His daughter is found and brought up by a shepherd on the Bohemian coast, but through a series of extraordinary events, father and daughter, and eventually mother too, are reunited.In The Gap of Time, Jeanette Winterson’s cover version of The Winter’s Tale, we move from London, a city reeling after the 2008 financial crisis, to a storm-ravaged American city called New Bohemia. Her story is one of childhood friendship, money, status, technology and the elliptical nature of time. Written with energy and wit, this is a story of the consuming power of jealousy on the one hand, and redemption and the enduring love of a lost child on the other.

My Thoughts
A modern take on Shakespeare's play The Winter's Tale.  I had never heard of this play, nor am I the biggest fan of many of his plays (horrible I know), but I absolutely loved the twists, turns and look into many emotions of this play.  Having the original at the beginning and then having this cover version of it as the main story really explained the play to me, presented the material and characters in a different context to where I could appreciate and enjoy the inner conflict, decisions and outer turmoil.  With that being said, I thought the cover version stood on its own and was fantastic without knowing how or that it did coincide with a Shakespearean play.  JW presented a story full of complex emotions and relationship dynamics that had me fully engaged, shocked, sympathetic, mad, happy and more!

I thought the play on names for the people and locations was cute and made the story easy to follow. I thought the relationship between Perdita and her family (Clo and Shep) was heartwarming.  I loved the connection and pull of musical talent and how the game played a nice connection between the original and the cover version.  Also, I can't deny that the very end of the book had me in tears and full of hope.  Xeno had some amazing quotations and while I did not appreciate all his character did in regards to his son, I thought his development was perhaps the most impressive.

I never thought I would want to read another Shakespeare play after high school, but written in the artistic and gripping manner that I followed and enjoyed by JW, I would gladly read more of them!

Until my next post..love y'all!!
blogging for books books review