One Year Ago Today

on October 20, 2014
Time flies.  A year ago today I swallowed my fear put on big girl pants and did my first 5k.  It was a virtual race that was organized to help raise fund for breast cancer awareness.  The organization is a fantastic fitness group of women called Flex It Pink.  They do several 5ks a year and each one donates money to a different, but equally worthwhile charity.

This first 5k I did on a treadmill and it was mainly a walking pace, but I was so thrilled and proud of myself because I did it...I finished! Additionally I was so excited because the company Flex it Pink was so supportive and encouraging as well.  After enjoying it so much I continued walking and taking part in 5ks until I finally put on my big girl pants, swallowed my fear and did a few real time rather than virtual 5ks. What an experience!  The crowds, the camaraderie, the volunteers, the swag pack..it was amazing and I could easily see how it could be addictive to people! 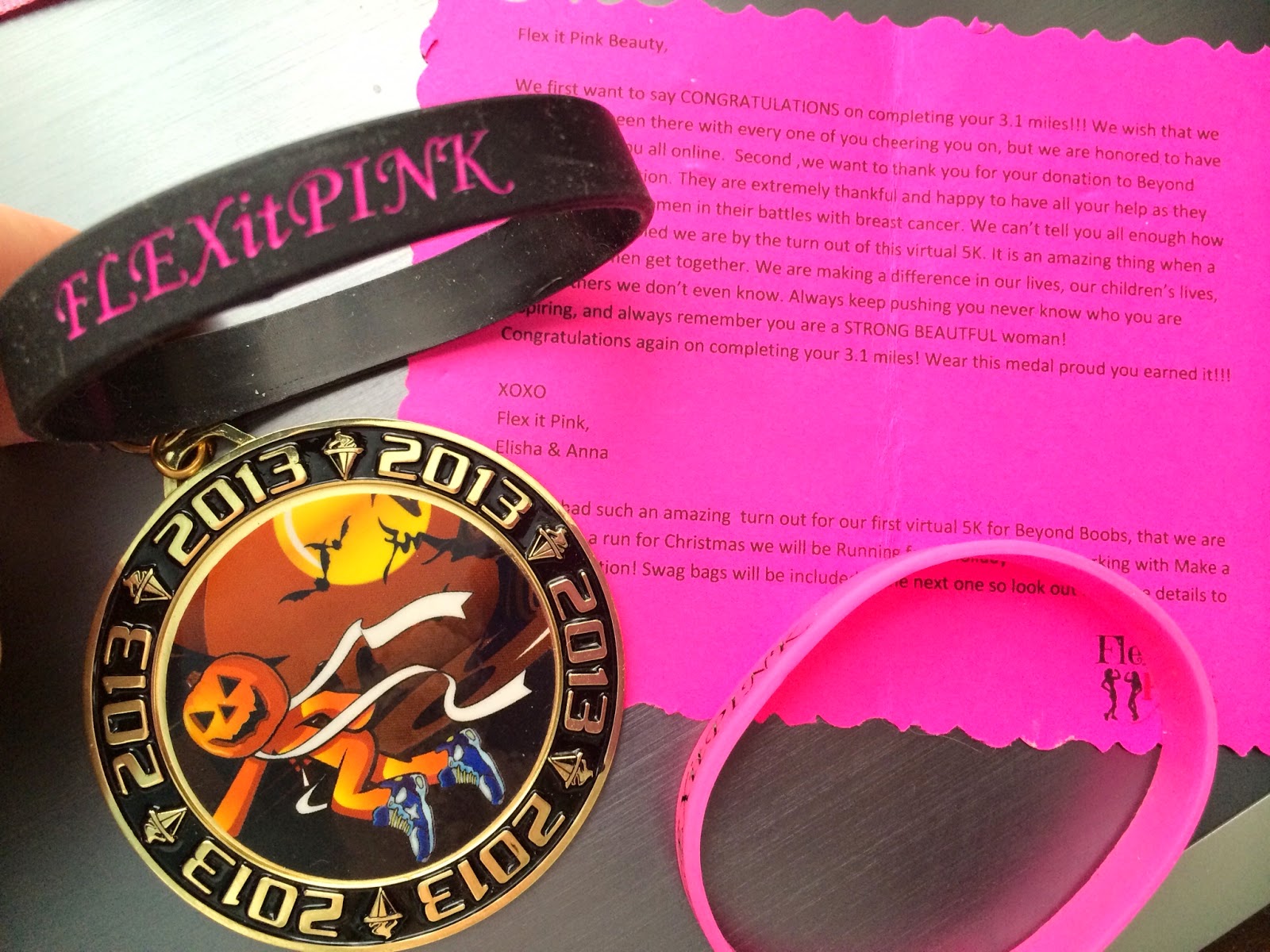 Since then I have done 8 other 5ks, 2 in person and 6 virtual.  I still find the virtual easier to do and less stressful because I don't worry about getting lost, being last, not finishing, etc.

In honor of it being one year anniversary and still loving me some Flex it Pink, I am doing my second annual Run for the Boobies Virtual 5k on the same day as last year and really celebrating the health changes I have reached, the knowledge that I can continue to make the health decisions and changes I need to and the true blessing that I am able to keep working on this path called my health and life:

Picture from Flex It Pink. I will get one medal since I missed the sign up for the pack, which is sad because the Run for the Boobies tank looks AMAZING