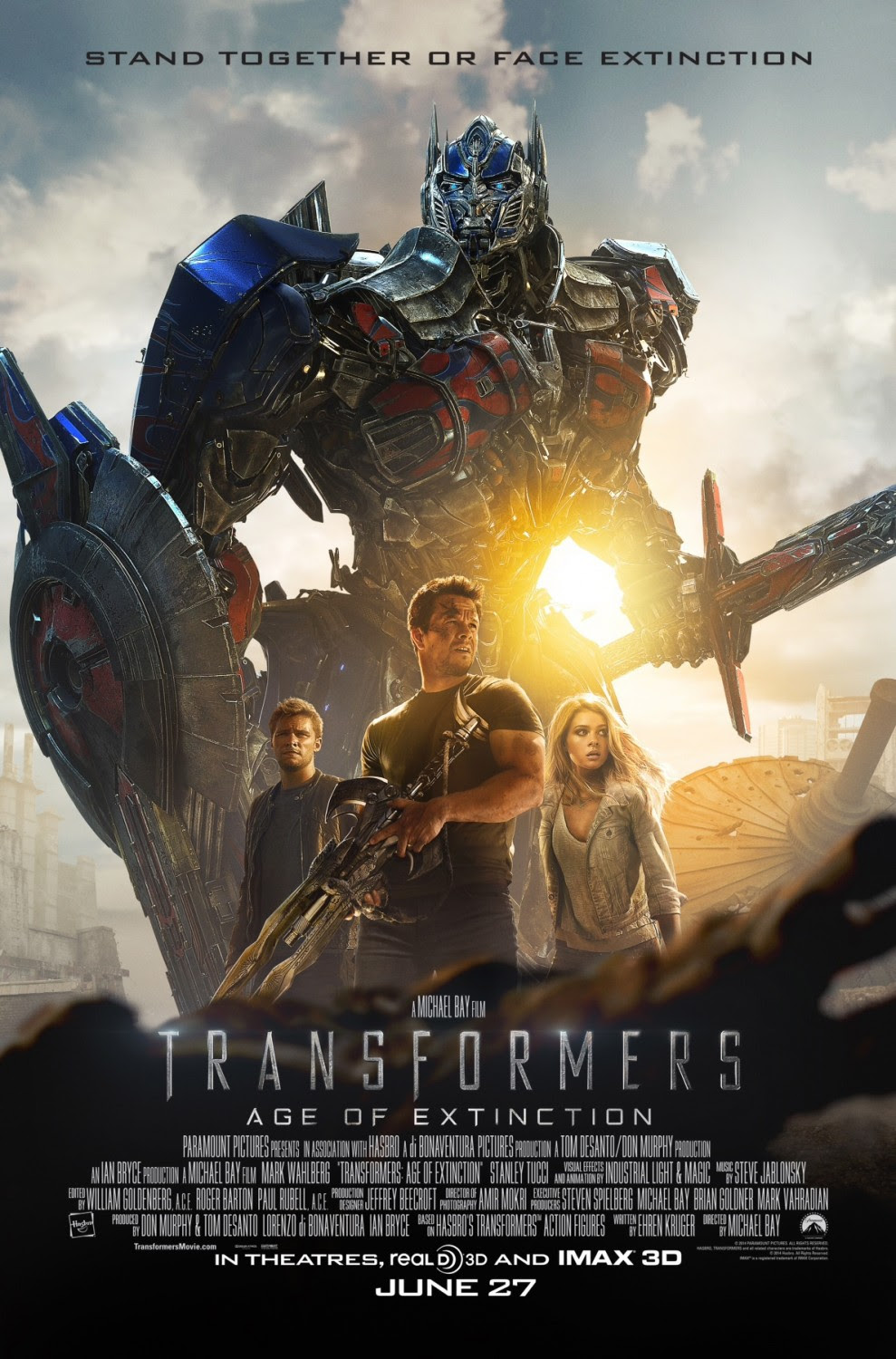 via
I think this one and the first movie are tied in my mind for the best Transformers movie.  I barely remember the third one at all and did not enjoy the second all that much.  This one though had an amazing actor, some great dialague (at times), fantastic graphics and was always throwing me for a loop (hello was not expecting the dragons..but how COOL were they?!?!?!)
Pros
*the action scenes and graphics were outstanding.  The movie went by a lot faster than I expected.
*the colors of the transformers as cars were better than ever.
*Mark Whalberg....need I say more?
*the introduction of the dragons..how cool, amazing, unexpected, etc.  The line where they go "I was expecting really big cars" is literally what I was thinking.
*the progression in this movie and how it tied in the other movies was interesting.  I did not see the use of the metal, finding an robot that they could use to decipher the meanings, etc.
*the ending.  I love a good emotional ending and while yes everyone knew it would have a certain type of ending I did not see certain characters exiting, or how it came about.  It left me wondering what will they do for the next movie/how to bring some autobots back.

via
Cons
* the character of the daughter made me want to grind my teeth.  I thought while some of it was warranted the whole whining shtick about she was the grown up, nothing was ever for her, etc. was a bit drawn out. The actress played it well, just the character was not a favorite.
*the family friend who called the number to turn in the autobot..for the first time ever I was happy the directors killed a character off.  He was whiney, not loyal, etc.
*the ending.  I wanted more closure between Mark Whalberg's character and the billionaire.  What exactly happened? In my head I saw like three things that could take place and I wanted more! (though I guess that could be a positive:))


Optimus Prime: "How many more of my kind must be sacrificed?"Cade Yeager: "You've got to have faith, Prime, maybe not in who we are, but who we can be."


Joshua Joyce: "I may have caused the apocalypse, but you brought your family to it! And that's terrible parenting." 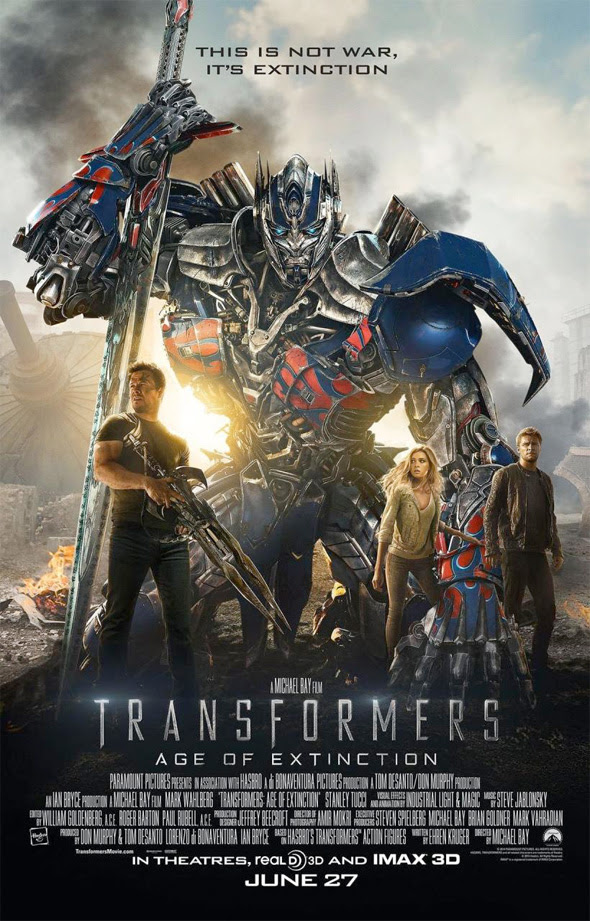 Can't wait to see what happens next for this franchise!  What do you think it will be?
movies review