The previews looked interesting, but I was not set to watch this movie until both my parents said they wanted to see it.  So hello Redbox I love your free codes!  We watched Lucy last week and I must say I only had two negatives which I will discuss further below.  Overall though..fantastic movie.

Pros
*I love Morgan Freeman.  His acting is always superb and captivating.  I always believe his character and never feel that he is always just bringing the same mannerisms or character to each movie.
*The story-line was unique to me.  I am not much for sci-fi type movies, so it might not be original, but I had never seen a movie regarding someone's brain capacity increasing due to a drug in the body like that.
*The scenery and use of various locations.  I enjoyed the global feel to this movie and how it stayed a concern the entire movie. 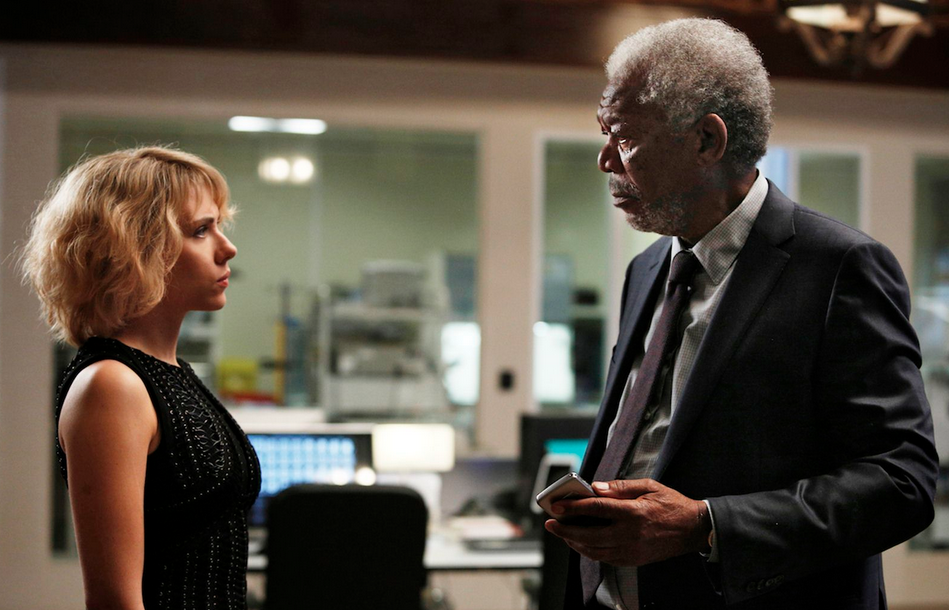 Cons
*When Lucy did not kill the man who created this entire scenario, but rather just attacked him for more information.  If she had killed him, admittedly the entire movie would have been different, but it just did not ring true for me that she went to such effort to get to him, just to get information and hurt his hands.
*The ending.  I really really REALLY do not like the ending at all.  I try not to give spoiler's away,so I can't go into to much detail, but at the end of the movie all of us were like what wait that's it! Ughhh it really aggravates me when a movie is so good, fast paced, keeping me engaged and then blap on the ending.

Pierre Del Rio: [During the high-speed car ride through Paris with Lucy driving] I'd rather be late than dead.
Lucy: We never really die.

Have you seen this movie? What did you think? Let me know if you have or what other movies you are excited to see!
movies review