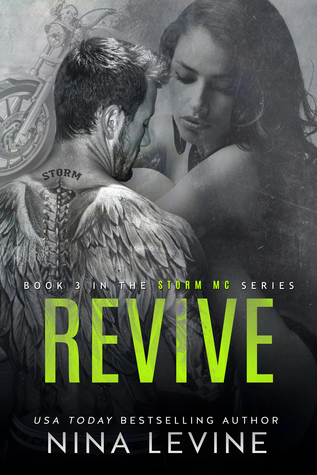 Book Summary (Per Goodreads)
He doesn’t do relationships. Neither does she. But they can’t fight the attraction any longer…

Nash Walker hides the demons that consume his soul. He buries them deep and distracts himself with sex. Anything to avoid facing a past full of heartbreak and regret; anything to numb the pain that he struggles with daily.

Velvet Carr has spent years fighting her demons. It’s a fight she’s winning. That is, until Nash crashes his way into her life and into her heart.

It started out as a bit of harmless fun between friends; it wasn’t meant to get complicated for either of them. But when two broken souls come together and arouse unwanted feelings in each other, complicated is what happens.

Can Nash and Velvet help heal each other and revive the love in their lives that they’ve both been refusing to allow in for years? Or will they let their demons ruin any chance they may have at happiness?

My Thoughts
Nash has been in the previous two books and there is something about him that has captured my attention each time he was mentioned so I was thrilled to see that this book was his story.  The same could be said about Velvet, a woman in the strip club that the men respected and liked.  The previous stories showed them as two fun people that obviously were hiding some parts of themselves and boy does NL let that show in this story!  Again, NL covers some very heavy topics, but does it in a way that brings attention to the issue but does not let it take over the romance and story.

Nash and Velvet are two of my favorite characters from NL so far.  Out of the three stories, most certainly my favorite, but I am not going to lie..I have already read all of the storm books (I was hooked!) and this story is tied with one other as the one I reflect on/enjoy the most.  If you are reading this series for hot tattooed men..you will love it, sexy scenes..this one has that in spades, witty dialogue and great characters...yes, yes, yes!  What I also enjoyed is that while one could read this as a stand alone, it builds on top of the other two stories with the overall club story and issues and weaves in the characters from the other stories and club beautifully!  One issue I do have with this book, and series, is that the men do/say some very hurtful things and the women it seems just take it.  It only bothers me as I see it happen because the rest of the story usually shows the men bending over backwards to make the women smile, feel special, etc., but that is the one ech I have with this series.  But, without it I don't know where the drama or angst for the biker relationships would come from?!?!

Disclaimer~ I bought this with my own money friends!

Until my next post...love y'all!
books review