The Man in the Monster: An Intimate Portrait of a Serial Killer by Martha Elliott, book review 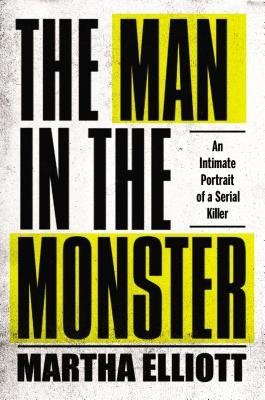 An astonishing portrait of a murderer and his complex relationship with a crusading journalistMichael Ross was a serial killer who raped and murdered eight young women between 1981 and 1984, and several years ago the state of Connecticut put him to death. His crimes were horrific, and he paid the ultimate price for them.When journalist Martha Elliott first heard of Ross, she learned what the world knew of him— that he had been a master at hiding in plain sight. Elliott, a staunch critic of the death penalty, was drawn to the case when the Connecticut Supreme Court overturned Ross’s six death sentences. Rather than fight for his life, Ross requested that he be executed because he didn’t want the families of his victims to suffer through a new trial. Elliott was intrigued and sought an interview. The two began a weekly conversation—that developed into an odd form of friendship—that lasted over a decade, until Ross’s last moments on earth.Over the course of his twenty years in prison, Ross had come to embrace faith for the first time in his life. He had also undergone extensive medical treatment. The Michael Ross whom Elliott knew seemed to be a different man from the monster who was capable of such heinous crimes. This Michael Ross made it his mission to share his story with Elliott in the hopes that it would save lives. He was her partner in unlocking the mystery of his own evil.In The Man in the Monster, Martha Elliott gives us a groundbreaking look into the life and motivation of a serial killer. Drawing on a decade of conversations and letters between Ross and the author, readers are given an in-depth view of a killer’s innermost thoughts and secrets, revealing the human face of a monster—without ignoring the horrors of his crimes. Elliott takes us deep into a world of court hearings, tomblike prisons, lawyers hell-bent to kill or to save—and families ravaged by love and hate. This is the personal story of a journalist who came to know herself in ways she could never have imagined when she opened the notebook for that first interview.

My Thoughts
This may well be the hardest review I have written.  Not because I did not like the book or disagreed with something, but rather because my mind can't settle after finishing this story.  I had never heard of Michael Ross before this book.  So his stories, his victims, their families and the insight Martha Elliot provided was all new to me as I read and became immersed in this story.  To say this book was horrifying, gripping, unsettling, etc. would not be adequate in explaining the complexity of emotions and reflections that I experienced while reading this story.  It would be easy to read this story as if it is were fiction, but knowing that these events did take place, these crimes did occur and that these people are dead just led me to a different seriousness and reaction.

I was appalled at the crimes, hurt for the families, but also shocked at how many times there were issues that ME showcased in the justice system during and after the trial with the attorneys, transcripts, jury issues and more.  Her step by step approach to showing the events, the appeals, how her relationship grew, the honesty between the two and the final days and moments of Michael Ross's life provide a gut wrenching view into the arena of mental illness, death penalty and the American justice system.  I appreciate the honesty ME demonstrated with her feelings about her research, Michael's role in her and her family's life, the idea of the death penalty and more.  The roles of Michael the man versus the monster are very clearly showcased in this book with the conversations between them regarding family, faith, sarcasm about how he is the only guilty one on death row and then those regarding his retelling of the crimes, emotions and thoughts especially when he wrote ME the letter about one of the stalking/rape/murder crimes.

If you are passionate about true crime or really like knowing the why or how behind a situation this book will grab you from the beginning.  I think that individuals, legal scholars, and those interested in the justice system, death penalty and mental illness would find this book extremely riveting especially given the current conversations regarding mental illness with gun control and other legal matters.  Regardless if you are pro or anti death penalty or pro or anti the need for more help with/funding for mental illness research and aid Michael Ross's story and ME's telling of the people involved will cause you to think through your stance, where our judicial system was and is and how decisions impact people (victims, the families, the perpetrator, friends, legal workers, community, etc.) immediately and for years to come.

Disclaimer:  I was loaned this book in exchange for a review.  All thoughts and opinions are my own.