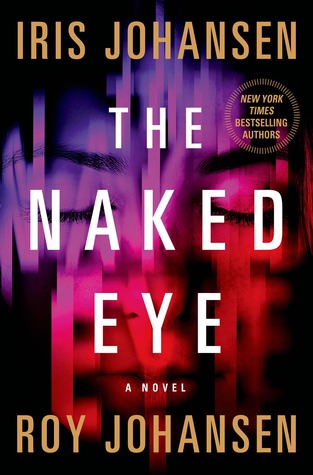 Book Summary (Per Goodreads)
The #1 New York Times bestselling author and the Edgar Award winning author are back with a new a new novel featuring Kendra Michaels—hired gun for both the CIA and FBI.

It’s been four months since the events of SIGHT UNSEEN, and Kendra Michaels is obsessed with trying to track down serial killer Eric Colby. Despite his apparent execution at San Quentin, Kendra is convinced that Colby is still alive. The trouble is, she can’t prove it. Even her razor-sharp powers of observation, honed while blind during the first twenty years of her life, have gotten her nowhere. So no one believes her.

Then out of the blue she gets a call from the Sheriff of Olancha, California, about a young woman being held on a drunk and disorderly charge who lists Kendra as her emergency contact. It’s Eve Duncan’s sister, Beth Avery, who after being wrongfully institutionalized for five years has been living on the road and trying to figure out her life. Kendra can identify, having gone through a similar period of self-discovery after gaining her sight, and she takes Beth home to San Diego with her.

But the murder of a police detective who had once very openly crossed swords with Kendra is about to complicate her life even further. She visits the crime scene in search of anything that might provide a link to Colby and instead finds evidence that links the crime to her. Finally Colby’s master plan becomes clear: he is framing Kendra for a brutal cop-killing.

Suspicions mount along with the body count, and Kendra is thrust into spine-tingling pursuit to clear her name and find the killer no one believes exists anymore. Beth joins her on her quest, and agent-for-hire Adam Lynch soon follows. And they get help from another friend anxious to repay her debt to Kendra… none other than Eve Duncan herself.

My Thoughts
Kendra is quickly becoming one of my favorite female characters!  Her wit and abilities keep me intrigued by her stories and make me wonder what she would notice if she met me, came to my work, saw my car, etc. For me I do believe it would be hard to find an Iris Johansen novel that I do not enjoy, but I must say this one was fantastic!  I didn't have to think about loved it, but I sure did miss___. This story brought in Eve and some of her story line and other characters that avid IJ fans enjoy.

I did think the part of the story where she was under suspicion was a bit silly because as the reader we knew it would not be her and that she would be found innocent as she explained the crimes, but it definitely was a new approach to a story for a IJ character!  I found this serial killer to be one of the scariest I have come across in my reading in a while.  This story and Kendra's previous story developed him into such a realistic and evil being that I kept waiting for the ending to go a different way!  As a side comment, but one I thought about when it was first mentioned and again in this book.  I really really really like Kendra and the idea of her being with Adam.  More importantly though I would love to see or learn more about his house.  It sounds fantastic!  The scene where she finds out the new wall art is of her..loved it!

Disclaimer~ I borrowed this book from the library.  All thoughts and opinions are my own!