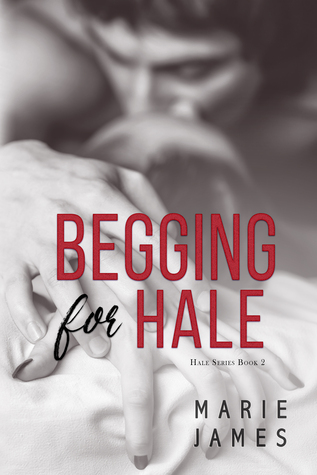 Book Summary (Per Goodreads)
Alexa Warner, an easy going, free spirit, has never had a problem with jumping from one man to the next. She likes to party and have a good time; if the night ends in steamy sex that’s a bonus. She’s always sought pleasure first and never found a man that turned her down; until Garrett Hale. Never in her life was she forced to pursue a man, but his rejection doesn’t sit well with her. Alexa aches for Garrett, his rejection festering in her gut. The yearning for him escalating until she is able to seduce him, taste him.

Garrett Hale, a private man with muted emotions, has no interest in serious relationships. Having his heart ripped out by his first love, he now leaves a trail of one night stands in his wake. Mutually satisfying sex without commitment is his newly adopted lifestyle. Alexa’s constant temptation has his restraint wavering. The aftermath of giving into her would be messy; she is after all the best friend of his cousin’s girlfriend, which guarantees future run-ins, not something that’s supposed to happen with a one night stand. Yet, the allure of having his mouth on her is almost more than he can bear.

With hearts on the line, and ever increasing desire burning through them both, will one night be enough for either of them?

Recommended for readers 18 and up due to strong language and explicit sexual content.

My Thoughts
Well if Ian ever gets in a slump he can ask Alexa and/or Garrett for suggestions...oh my goodness...hot is too tame of a word.  I love this couple, their laughter, their innuendo, their conversations and the path that they had to take to find each other.  I have finished the series, (the rest of the reviews are on their way), and I must say that Alexa and Garrett are my favorite couple.

Alexa is feisty, hilarious, brash, lovable and hides behind a mask.  She shows how tough she is and how insecure she is brilliantly through MJ's writing.  Garrett goes down like a sinking ship and fights the whole way his attraction and love for Alexa.  When he opens up to Alexa and Ian I laughed at his dialogue, but I felt for his pain and confusion.  I think everyone would try to shut down after something like that.  At times I thought I was reading a romance, erotica, a comedy and a thriller.  I enjoyed this story so much and thought the twist towards the end was genius, yes sad for a bit, but I didn't see it coming and loved the change it brought about in everyone.  This group is the epitome of how close and special friendship and family can be.  The interactions and hangout of these three girls and slowly the men in their life is hilariously delicious and fun:)

I am not the biggest fan of the cover, but the title for this is catching and oh so appropriate! MJ has a great writing style, gift for capturing my attention, and setting the environment.  I loved the pace of this story, immediately started reading it after book 1 and yup quickly started reading book 3 when I finished Begging for Hale.