The Congregation by Desiree Bombenon 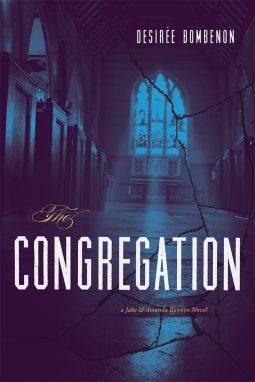 Book Summary (Per NetGalley)
The one thing that they had in common was they had nothing to believe in, until now.
North America’s charming mystery-solving couple is back after wrapping up a terrifying kidnapping case in Hawaii. Amanda and Jake Bannon are affluent, stylish, and still in love after all these years. On a well-deserved vacation in Italy, they plan to enjoy the ancient golden beauty of Rome. They’ll just pick up the rosary Amanda’s mother wanted blessed from Cardinal Roland at the Vatican, and they’ll be free to indulge in those luxurious red wines and sumptuous dishes they’d been dreaming about with no further interruptions.
But when Cardinal Roland asks them to deliver a relic to Father Kristofferson, a dear friend of his in Chicago, the pair finds themselves pulled into the center of a deadly plot. Handsome Josh Newman, brilliant honor student at St. Ignatius College Prep, is the magnetic leader of a secret gathering of Chicago youth who conspire with Father Kristofferson to bring down the Church to avenge the pain they have suffered in life. While Amanda tries to make sense of her psychic visions, she and Jake find themselves cornered in an old church, and time is running out. With bullets flying, will they survive and be able to put a stop to the events that have been set in motion?
With a cast of well-drawn and original characters, The Congregation is a fast-paced and sometimes shocking tale of what happens when the idealism and innocence of youth unveil the dark history of hypocrisy in the Catholic Church. Bombenon’s adventurous and romantic couple provides the perfect amount of humor and wit in a sophisticated, exciting, and thought-provoking book.

My Thoughts
Different from, but reminded me of, the Dan Brown book Angels and Demons about theories and mistrust of the Catholic church's origin and purpose.  My enjoyment of Amanda and Jake is still going strong.  The way they work together and love each other is fun to read about.  At times I do wonder if Jake is a pushover, but then DB will share Amanda's thoughts about Jake and I see that he is not.  I adored the introduction of the professor and other new characters in this adventure and thought they were well developed.  Again, it is fun to see how details emerge at specific times in DB's adventure rather than all at once.

I did struggle at times with the writing style in regards to the names of the Cardinal and the Father.  Sometimes they were referred to by the title and other times their name which I kept getting confused.  Other than problem this book read very quickly and enjoyable for me.  I thought the ending was fitting, but sad.  There were some results that I did not want to occur, but I understand why they did...I just wish they didn't.

The underlying story of abuse, forgiveness and friendship was heart wrenching and beautiful.  To read about so many of the events that the individuals lived through was incredibly sad and beautifully written by DB.  For me the most poignant moment was when Josh found out that he thought everyone was doing this in support of Father, but really it was their faith in him.

Yes this book has violence and disturbing stories regarding abuse, but it is fitting for the mystery and action packed nature of this book.  I  saw some reviews that focused on that, but to me it was a necessary backdrop to show why this group formed rather than the central point of the story.  To me the central focus was the relationships between the characters and the actions to save everyone at the end.  Additionally, I enjoyed that in this book the cover also directly played into the seemingly main focus of the group...a broken church.

I saw in the Q &A at the back that DB is working on the third adventure for Amanda and Jake and I can't wait!

Important Links
*You can read my review of her first book, The Offering here.
Goodreads
Author