Every Time I Fall (The Raeven Sisters #2) by Anna Karington, Book Review 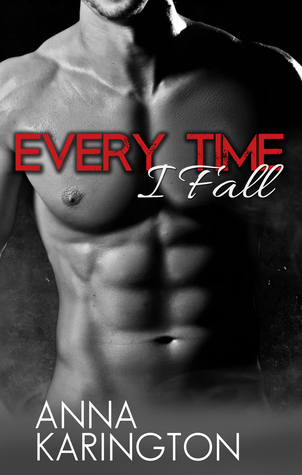 Book Summary (Per Goodreads)
This is a stand-alone novel that includes graphic content and a HEA. Rock bottom has just made a new friend: Janet Raeven. Unemployed and recently divorced from her abusive husband, she’s trying to get her life back in order. Despite her mother’s insistence that a man can cure her of all her problems, she knows that’s the last thing she needs right now. Enter multi-millionaire Hayden Lancaster. He’s hot. He’s charming. And everything about him turns her on. Her attempts at fighting her attraction to him fail miserably. She can’t get him off her mind, and she’s having a hard time keeping her clothes on when he’s around. As she submits to her attraction, he draws her into his over-the-top lifestyle of fancy cars, lavish parties, and exotic vacations. But along with this lifestyle comes a long list of exes and one-night-stands. Janet can’t compete with these models, beauty queens, and heiresses, and the more she encounters, the more it seems Hayden is luring her into his life so that she can end up just another ex-lover. He claims she means more to him than the others, but if this is a game, she’s losing, and this defeat might just be too much for her to handle.

My Thoughts
People change.  That is the biggest take-away for me from this story.  Yes, there is romance, angst, drama and family issues, but when I think about this book I think about the changes that almost everyone experienced.

Neither of the main characters, or really any of the characters, are perfect.  In fact, they are riddled with their own self-doubt that presents itself in many different scenes and conversations.  Hayden comes across as a perfect individual until AK starts sharing his background, how he handled the stress, the many women, drinking, etc.  Janet, well I didn't like her at all in the first book and here I had a bit of a hard time warming up to her, but I did because I think that many women who had been abused, become an alcoholic, held on to some of what she did with her family issues, etc. would probably have those thoughts going on in their head...phew it would be a busy place to be!  Then, many of the other characters show that they are flawed, but can change as well..hellloooo Janet's mother and Hayden's ex-girlfriend.  Hello Milo and his insecurities.

I enjoyed the story, but I did have a hard time staying engaged in the book.  At times I felt it was a bit jumpy and that there was too much drama/insecurity.   However, I kept reading and within a page or two I was back into the story and trying to figure out how everything would work out.  This is a stand alone story, but it does continue addressing some of the drama/issues that began in Every Time He Leaves.  I am interested to see if AK will continue this series with the last sister and/or the mother.  Both of those characters are pretty low down on my scale of likability or relate-ability, but perhaps there is more to them then we are aware of yet?

Important Links
*You can read my review to Every Time He Leaves here.*
Goodreads