Well I was not able to find the answer to the last question, but from googling and looking at several recipes I found a way to make it that I wanted to try!!  thank you The Pioneer Woman for posting about this fantastic creation!  I was able to easily read and understand what to do, when to do it and how it should look!  So at each step I took pictures of my own ingredients and what this process looked like to share with y'all! 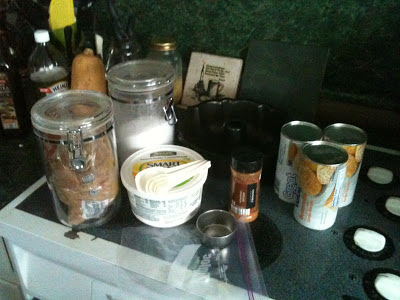 My ingredients!! super good and yes many a generic brand:) 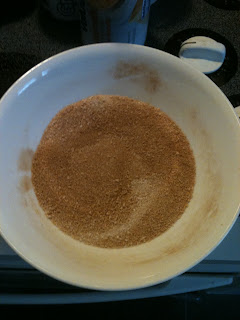 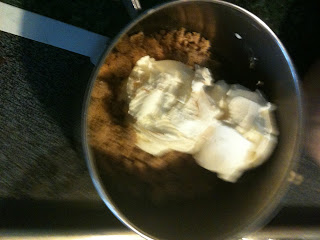 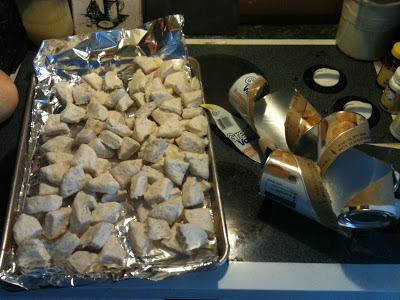 3 cans of biscuits quartered!  so easy so far! (jumpy over the popping of cans was not too bad today) 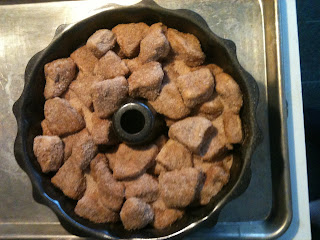 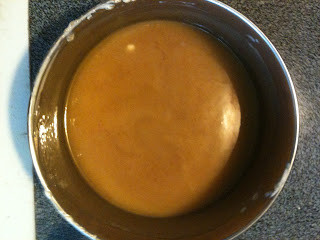 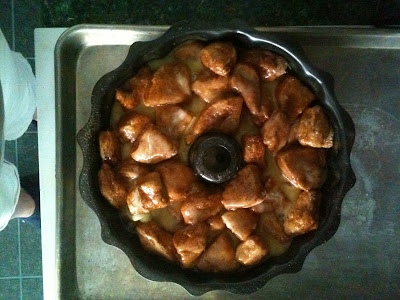 Butterry goodness poured over the bread and ready to be popped in the oven!!  So far so good:) 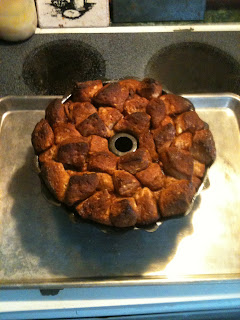 Out of the oven, smelling good and ready to cool!..hard to resist it smells good... 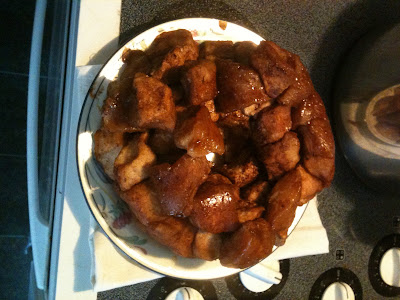 cooled off and out of the cake pan..DELICIOUS!!!..I didn't get a picture though of the complete items b/c fingers were grabbing the bread before I could..and it toppled a bit when it came out of the pan..not sure why though...suggestions let me know!

You will find the recipe HERE or look below where I have posted her recipe!  It was a HIT with the family even though they too were confused about the name?  who knows!

Another dish learned and another flavor loved!!

Preheat the oven to 350 degrees.
Open up all three cans of biscuits and cut each biscuit into quarters.
Next, combine the white sugar with 2-3 teaspoons of cinnamon. (3 teaspoons of cinnamon gives it a fairly strong cinnamon flavor. If you’re not so hot on cinnamon, cut it back to 2 teaspoons.) Dump these into a 1 gallon zip bag and shake to mix evenly.
Drop all of the biscuit quarters into the cinnamon-sugar mix. Once all the biscuit quarters are in the bag seal it and give it a vigorous shake. This will get all those pieces unstuck from one another and nicely coated with cinnamon-sugar. Spread these nuggets out evenly in the bundt pan.
At this point, you’re going to want to melt the two sticks of butter together with ½ cup of brown sugar in a saucepan over medium-high heat. This can be light or dark brown sugar. Cook butter/sugar mixture, stirring for a few minutes until the two become one. Once the brown sugar butter has become one color, you can pour it over the biscuits.
Bake for about 30-40 minutes until the crust is a deep dark brown on top. When its finished cooking, remove it from the oven. If you have the willpower, allow it to cook for about 15-30 minutes before turning it over onto a plate.
cooking learning