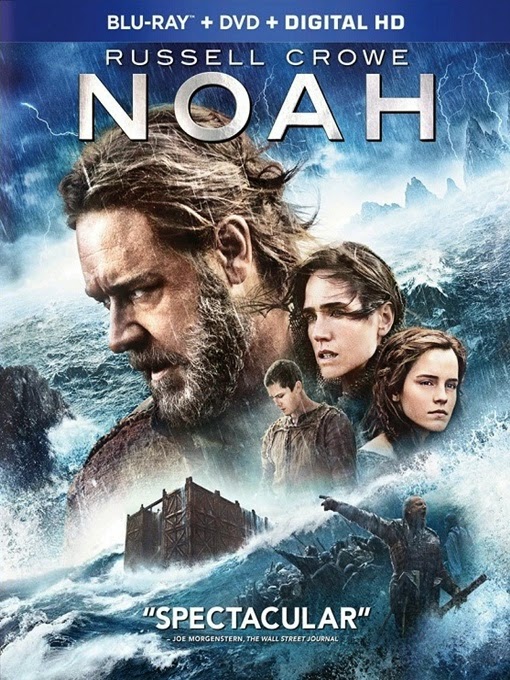 via
I was not sure what to expect from this movie and due in a large part to what many had posted on Facebook and other media I did not watch this movie until this week.  So many people were trashing this movie and discussing how it did not mirror the Bible.  While watching this movie, that deviation from the Bible should have been apparent from the beginning, but I saw that as a positive and then just enjoyed the movie as entertainment rather than a lesson on the bible in current media presentation.

Pros
*The actors portrayals of the characters, their struggles in following Noah, God, accepting the visions,etc. were believable.  The struggle that Noah faced over the decisions was quite tangible.
*The graphics and messages were quite mesmerizing.

via
Cons
*Some of the jumps were a little to extreme for me to follow in terms of time gaps and how some activities took place.
*The middle child's relationship, storyline and actions were a bit trite and easy to guess.

Noah: Ham. What are you doing?
Young Ham: It's pretty.
Noah: You see those other flowers? How they're attached to the ground? That's where they should be. They have a purpose. The sprout. And they bloom. The wind takes their seeds and more flowers grow. We only collect what we can use, and what we need. Do you understand?


I do not have many pros or cons because this movie was not great but it was not bad.  It was a solid almost sci-fi type movie that had a religious slant.  I think if it had been marketed that way (i.e. showing the watchers in the preview) it would have had better reviews.

Have you watched it? What did you think?